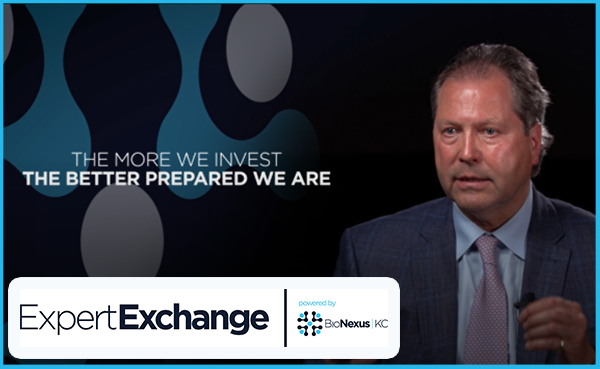 The post-COVID connection between viruses transmitted between animals and humans has never had a higher purpose. It has been more than a century since the impact of a virus has been so dramatic. For Jürgen A. Richt, DVM, PhD, Regents and University Distinguished Professor at Kansas State University (K-State), and Director at both the Center of Excellence for Emerging and Zoonotic Animal Diseases (CEEZAD) and the NIH COBRE Center on Emerging and Zoonotic Infectious Diseases (CEZID), the goal is to contain these infections, so that the impact to public and animal health is minimal.

Richt is at the forefront of zoonotic and emerging disease research and now has more technology, funding, and attention than ever. The impact of an uncontained virus can be far and wide-reaching. There are three significant areas where the effect can be measured: public health, livestock production, and economic damage. Any one of these areas could be incredibly harmful, but as the world saw in 2020, a virus can impact everything. “This is what motivates me. To identify technology and practices that can limit the emergence and protect public and agricultural health,” Richt said.

Richt became fascinated by viruses while pursuing his PhD at the University of Giessen in Germany and being mentored by a world-class virologist. “He wouldn’t let me return to the veterinary clinics but pushed me to continue my studies at The Johns Hopkins University in Baltimore,” Richt said. In Maryland, Richt found a simple genius in retroviruses. “With only a small number of the base building blocks compared to mammals and yet can undermine complex immune systems, can transmit through sperm and eggs, and replicate itself billions of times and mutate in only a couple infection cycles,” Richt said. “We will never outsmart them.”

For Richt, the fight is far from futile, but it’s more in the approach than the individual cure. One way the system can change is by identifying methods of combining or repurposing different therapeutics to lessen the patient’s damage. One such drug is an already FDA-approved chemotherapy medicine called Topotecan. Richt and his team are seeing very positive results in lung disease and inflammation against the symptoms of COVID in small animal testing.

Another approach is recognizing that the virus will stay ahead of us in mutations but will always be principally a virus. This solves what virologists know and keeps them from fretting over what they can’t control. “To prepare for the next pandemic, we must develop three key countermeasures. First, we need to develop and implement universal diagnostics and immediate knowledge transfer at a global level. Second, we can be ready with broad-spectrum antiviral therapeutics. Third, we need some vaccine platforms that can provide universal protection and immunity development,” Richt said. This change in approach would provide proactive protection instead of an ever-evolving reactive solution. “If we focus more on a universal COVID-19 vaccine against the possible permutations, we can prevent the loss of life and economic damage,” Richt said.

Less discussed but more common is the effect of these types of viruses on livestock worldwide. Over the last several decades, billions of dollars of economic damage have been created by the Avian Flu pandemic that also reached the United States, the African Swine Flu that was devastating to China and adjacent countries, and COVID-19 that spread from animals to humans, then back to animals. The research that protects the human population also covers similar virus outbreaks in the livestock industry. “The more we invest in this, the faster we can detect it, and the better prepared we are to lessen the economic impact of reacting,” Richt said.

By changing how we approach the solution, these types of global damages can be reduced or potentially prevented. With the world’s eyes on researchers and trailblazers like Richt, the solution and prevention of future pandemics seem much more likely.