Genetics Play a Role in Our Immune Response to Cancer Treatment 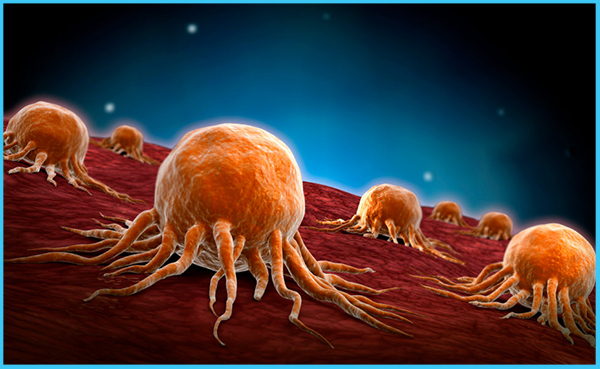 Checkpoint inhibitors have been a breakthrough treatment for cancer, however, they only benefit about 15% of patients across different types of cancer. Thus, there is an unmet need to accurately predict which cancer patients will respond to checkpoint inhibitors.

A new study has found that inherited genetic variation plays a role in who is likely to benefit from checkpoint inhibitors, which release the immune system’s brakes so it can attack cancer. The study also points to potential new targets that could help even more patients unleash their immune system’s natural power to fight off malignant cells.

Their findings are published in the journal Immunity in a paper titled, “Germline genetic contribution to the immune landscape of cancer.”

“Understanding the contribution of the host’s genetic background to cancer immunity may lead to improved stratification for immunotherapy and to the identification of novel therapeutic targets. We investigated the effect of common and rare germline variants on 139 well-defined immune traits in ∼9000 cancer patients enrolled in TCGA,” the researchers wrote.

“There are some factors that are already associated with how well the immune system responds to tumors,” explained Elad Ziv, MD, professor of medicine at the University of California, San Francisco (UCSF), and co-senior author of the paper, “But what’s been less studied is how well your genetic background predicts your immune system’s response to the cancer. That’s what is being filled in by this work: How much is the immune response to cancer affected by your inherited genetic variation?”

The researchers’ findings suggest that for a range of important immune functions, as much as 20% of the variation in how different people’s immune systems are able to attack cancer is due to the kind of genes they were born with, which are known as germline genetic variations.

“Rather than testing selected genes, we analyzed all the genetic variants we could detect across the entire genome. Among all of them, the ones with the greatest effect on the immune system’s response to the tumor were related to interferon signaling. Some of these variants are known to affect our response to viruses and our risk of autoimmune disorders,” added Davide Bedognetti, MD, PhD, director of the cancer program at the Sidra Medicine Research Branch in Doha, Qatar, and co-senior author of the paper. “As observed with other diseases, we demonstrated that specific genes can also predispose someone to have a more effective anticancer immunity.”

The researchers identified variants in 22 regions in the genome, or in individual genes, with significant effects.

The IFIH1 variants act on cancer immunity in different ways. For instance, people with the variant that confers risk of type 1 diabetes had a more inflamed tumor, which suggests they would respond better to cancer immunotherapy. The researchers, however, saw the opposite effect for patients with the variant associated with Crohn’s, indicating they might not benefit.

Another gene, STING1, was already thought to play a role in how patients respond to immunotherapy, and drug companies are looking for ways to boost its effects. But the researchers discovered that some people carry a variant that makes them less likely to respond, which may require further stratification of patients to know who could benefit most from those efforts.

But the 22 regions or genes identified in the new study are just the tip of the iceberg, the researchers said, and they suspect many more germline genes are likely to play a role in how the immune system responds to cancer.

The next step is to use the data to formulate “polygenic” approaches—taking a large number of genes into account to predict which cancer patients will benefit from current therapies, and developing new drugs for those who will not.

“It’s further off,” he said, “but it’s a big part of what we hope will come out of this work.”