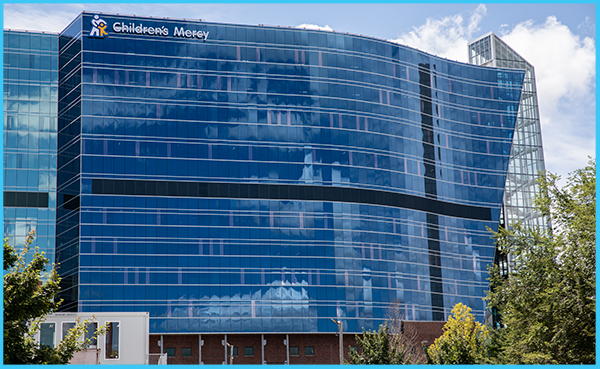 Children’s Mercy has opened its new 9-story, 375,000 square-foot, pediatric research facility located on the hospital’s Adele Hall campus in the heart of downtown Kansas City. The new building is home to the Children’s Mercy Research Institute (CMRI), which was established in 2015 to accelerate precise diagnoses and treatments for complex childhood diseases and move kids to the forefront of research discoveries.

What makes the CMRI unique is the translational approach to research. The CMRI fosters an integrated research environment where no boundaries exist between science and medicine – bringing caregivers, scientists, academic colleagues, and community partners together to translate ideas and discoveries into new medicines, treatments and diagnostics.

As the CMRI rapidly emerges as a leader in pediatric translational research, it has established the following Areas of Emphasis: Genomic Medicine, Precision Therapeutics, Population Health and Health Care Innovation.

One of the initial flagship research projects of the CMRI is Genomic Answers for Kids (GA4K) – a first-of-its-kind pediatric data genomics study that is collecting genetic data and health information from 30,000 children and their families over the next seven years, to create a database of 100,000 genomes. The data collected for GA4K will be openly shared with the wider international rare disease research community to hopefully lead to the discovery of new genetic variants.

A virtual grand opening celebration will be held at 7 p.m., Thursday, February 18, which will include inspiring patient stories, Big Slick celebrity appearances and a special “lighting of the building” moment that will unveil DNA patterns on the windows of the CMRI that are based on Children’s Mercy patients.

The community is invited to attend the virtual event and can click here to register.