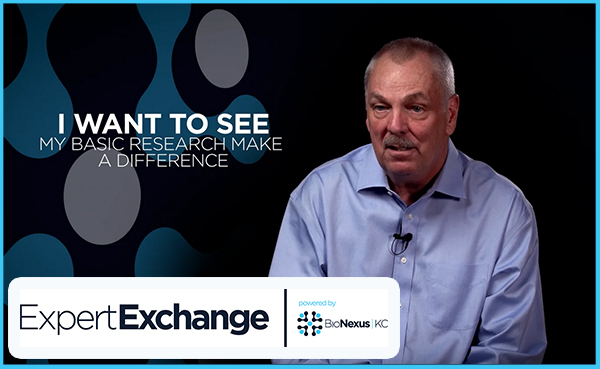 Symbiosis as a concept is often generalized, when the more specific term sought is mutualistic symbiosis, a long-term, mutually beneficial relationship. There is also parasitic symbiosis, when an organism that survives on or in a host, relies on and ultimately weakens that host to survive. Dr. William Picking, Foundation Distinguished Professor of Pharmaceutical Chemistry and Director of the Kansas Vaccine Institute at the University of Kansas (KU), practices mutualistic symbiosis, while researching the parasitic variety. He works alongside his wife, Dr. Wendy Picking, Professor of Pharmaceutical Chemistry, to uncover a vaccine for dysentery.

Picking’s research focuses on the bacterium that causes dysentery, an infection of the intestines resulting in severe diarrhea with the presence of blood and mucus in the feces. This disease is the result of Shigella infection of the large intestine and, although treatable in the developed world, causes an estimated 600,000 deaths every year worldwide. Specifically, he is studying the secretion system used by this bacterium. “Called a type III secretion system, it resembles a needle and a syringe and is used to inject proteins into our cells,” Picking said.

His goal is to fully understand how the secretion system works and develop a surface-exposed molecule for potential vaccine development. “My research is basically taking this thing apart and piecing it together as a puzzle to understand its structure and target the surface exposed for immune responses through vaccination, which is work that my wife is doing, to develop a Shigella vaccine,” Picking said.

Picking met his wife in graduate school at KU, where they both earned their doctorate and went on to the University of Texas at Austin for postdoctoral work. “We were married while we were in graduate school here, worked together on our postdocs, and when I got my first faculty position at Saint Louis University, she worked at another lab close. When we were able to come back to KU, we started working together in the same laboratory, and she now runs an independent program of her own that parallels mine,” Picking said. “I do the basic research; she takes a lot of what I find out and converts that into vaccine research — so we really do a lot of complementary things.”

Picking grew up in Abilene, Kansas and was interested in science early, deciding he wanted to be a physician. Once he got into his undergraduate studies, however, he became interested in microbiology and one of his professors suggested graduate work at KU, where he met his future wife. “She similarly started off as someone who wanted to go to college to become a physician and ultimately fell in love with the research side of things,” Picking mused.

Through his graduate work, Picking focused on a group of organisms called rickettsiae and enjoyed the investigation into bacterial pathogenesis. “When it came time to find my own faculty position and set up my own laboratory, I wanted to use a more biophysics-biochemistry-based approach to look at the fundamental problems in bacteria pathogenesis,” Picking said. He originally thought to investigate the organism Salmonellabut found that it was over-researched. This line of thought brought him to Shigella, which behaves like Salmonella, but there was only one researcher specializing in it, a Frenchman named Phillippe Sansonetti. “I thought, if he is the only one in the field, this is a great one to get into,” Picking said. He later found out that Sansonetti is one of the top pathogeneticists in the world. “I actually went into an area where I probably had as tough of a competitor as you could ever imagine. The end of the story is that he, my wife and I are now friends,” Picking said.

The goal of Picking’s research is to lay the groundwork to develop vaccines against a number of different organisms, not just Shigella. “Our basic research has really provided inroads for future vaccines that can cross boundaries using the exposed secretion systems,” Picking said. “I think ultimately anyone who works in the area of bacterial pathogenesis wants to see their basic research make a difference — to create, if not a cure, then a path to a cure.” The mutualistic symbiosis between Picking’s research and his wife’s vaccine development are likely to yield benefits to humanity far beyond their immediate research goals.