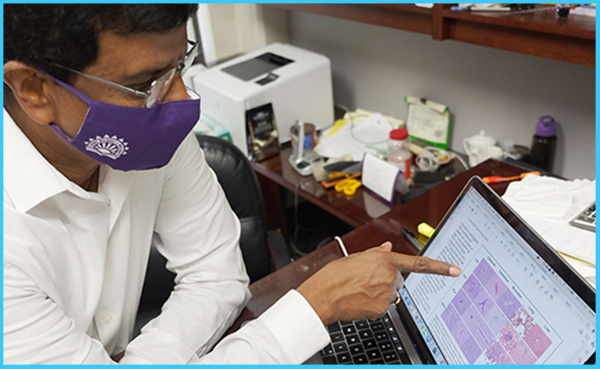 Roman Ganta, director of the Center of Excellence for Vector-Borne Diseases in the College of Veterinary Medicine at Kansas State University, has received a $3.681 million grant from the National Institutes of Health to continue his longtime work on tick-borne diseases.

The grant supports Ganta’s research into vaccine development for Rocky Mountain spotted fever, a disease with high mortality rates — 30 to 80% — and primarily caused by the bite of a tick infected with Rickettsia rickettsii. This pathogen infects both dogs and people in the United States and is prevalent in Mexico, Central America and South America.

“Unless some of these infections are diagnosed quickly and treated, death can occur within a short timeframe,” Ganta said. ” Infections are often misdiagnosed as people may not always realize ticks have bitten them. That makes it very important to have vaccines that can be used to prevent infections.”

“Collectively, we have had a great funding base for continuing our internationally recognized, innovative and impactful research program targeting important tick-borne diseases,” Ganta said. “Our research findings on various projects pursued at K-State with extraordinary effort set the path for our continued competitive funding success for research projects on several tick-borne diseases.”

“I foresee that we will continue our efforts in executing impactful research for many more years at our college,” Ganta said. “The NIH grant support secured three years in a row is a great testimony for our hard work and is also a big boost to our efforts to promote the college’s goal of impactful research.”