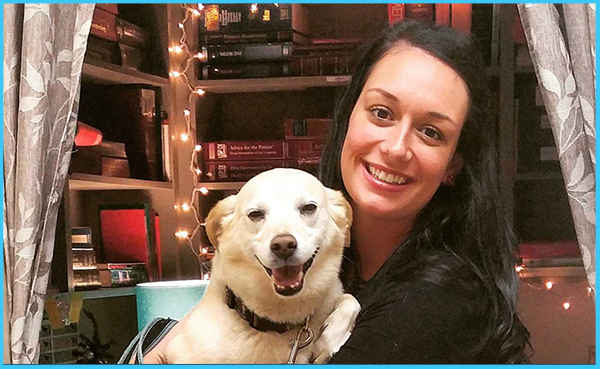 A world thrown into the rapidly spreading COVID-19 pandemic is discovering the harsh reality of a shared environment where animal health and human health are intertwined.

At the UMKC School of Pharmacy, Emma Stafford, Pharm.D., is working on a Centers for Disease Control initiative. One Health, which has been a key focus of BioNexus KC, is a collaborative of researchers and health care providers in human and veterinary medicine working together to improve the health of people and animals.

“One Health is the idea that human and non-human species and the environment all play off of one another,” Stafford said. “We each have similar issues that can definitely have a massive effect on one another. COVID-19 is an unfortunate, but a good example of that. What we’re seeing right now is a virus that previously infected bats and has now been able to spill over or jump to humans.”

She explained that environment plays an important role in One Health as well, particularly in regard to our food sources. The COVID-19 virus that reportedly began from people in China eating infected bats is a prime example of the effect of interaction between environment, animals and humans on our human health, Stafford said.

“A lot of the concerns for those spillovers of diseases from animals to humans do come from countries like China where they eat lot of what we would consider non-traditional animals,” Stafford said.

Stafford is part of a select group of pharmacists trained in veterinary medicine. A member of the Veterinary Hospital Pharmacists, she is also one of only 28 pharmacists in the country with Diplomate status in the International College of Veterinary Pharmacy.

After joining the UMKC pharmacy faculty in December, she is currently working on establishing a laboratory to expand the research she began a few years ago as a clinical veterinary pharmacy resident at North Carolina State. She is also working to add two new veterinary electives to the UMKC School of Pharmacy curriculum.

A part-time retail pharmacist in Kansas City, Stafford is expanding her comparative medicine research, a multi-institution effort that is evaluating the presence of autoantibodies, commonly seen in human diseases, in dogs with neurologic disease.

“If we can develop drugs to help these animals, we can also help move human drugs forward faster,” Stafford said. “That’s where being a pharmacist trained in veterinary medicine, as very few of us are, have such a unique role. I describe it as being a conduit between the human and the animal world or between a physician and a veterinarian. You can straddle both worlds and help them both.”

Stafford is working with research colleagues at UMKC, Kansas State University and North Carolina State to create a unique information sharing initiative that could potentially save pharmaceutical companies time and money in their research and development. The DrugAssist database is designed to bring together those companies on the animal side of pharmaceuticals to share information regarding tested drugs that were not approved and the accumulated data that wasn’t used or required to report in order to receive approval.

The hope is that those companies would share their previously unreported data in a central repository through a process that would protect their intellectual property. Such a database of information could potentially save companies millions of dollars and enormous amounts of time duplicating tests that have already been tried and failed for one reason or another.

“There’s a lot of good data and information out there,” Stafford said. “If all that data can be brought together with everybody contributing to a central repository, we can use that information to develop better drugs, more effective drugs, and save a lot of money.”