Prescribing Without Data: Doctors Advocate for Inclusion of Pregnant Women in Clinical Research 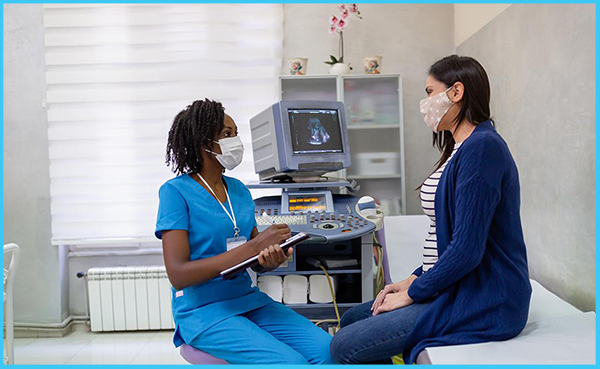 Pregnant patients are often excluded from clinical trials for fear of causing harm to them or their babies, but leaders in maternal-fetal medicine say the lack of data can be even more harmful.

The warning can be seen on a variety of medications: “Do not take if you are pregnant or plan to become pregnant.”

One might assume this means that drugmakers have reason to believe it could be harmful, but in many cases, the fact is that the medication hasn’t been studied in pregnant people.

Because pregnancy is often an exclusionary criterion from clinical research on medications, health care providers frequently must help their patients make treatment decisions with very little data. The calculation can become even more complicated when the pregnant person faces a serious health issue or a pregnancy-related condition requiring treatment.

“If you’re doing a study or a trial, the general thinking is to not include pregnant women and lactating women,” says Catherine Spong, MD, a professor and chair of the Department of Obstetrics and Gynecology at the University of Texas Southwestern Medical Center in Dallas. “[The researchers] think they’re protecting women and the neonate, but in fact, what [they] are doing is making them more vulnerable. Now you’re going to be treating them based on no data and no evidence. By not including them, you are almost to the point of experimenting each time.”

While research involving pregnant people remains sparse, there has been a paradigm shift in the past decade that is gaining momentum among regulators and leaders in maternal-fetal medicine, says Lynne Yao, MD, director of the Division of Pediatric and Maternal Health at the Food and Drug Administration (FDA). Many now believe that the best way to avoid harming patients is by recognizing that excluding them from research can also be harmful.

Researchers at academic medical centers are among those leading the efforts to expand the research and knowledge base for treating pregnant people, from conducting clinical trials for pregnancy-related conditions like preeclampsia to launching a multi-institution hub to serve as a national resource for maternal and pediatric therapeutics.

“Academic researchers have been at the heart of trying to move things forward for pregnant and lactating people,” Yao says.

The caution when it comes to pregnant people and medications dates to the 1960s, when a drug called thalidomide, which was prescribed for morning sickness during pregnancy, was found to have caused serious birth defects in thousands of children worldwide. Although the drug was never approved or used widely in the United States, the tragedy prompted the FDA to enhance its regulations for the approval and use of drugs for all people, and especially for pregnant people, including the development of systematic toxicity testing protocols and the creation of pregnancy categories to rate drugs based on their effects on reproduction and pregnancy.

For decades, regulators, researchers, and drug developers have taken a far more cautious approach to pregnant people, often erring on the side of excluding them altogether.

Nearly four million people give birth each year in the United States and 90% of pregnant people report taking a medication during pregnancy, but only 1% of clinical trials include “pregnant” or “pregnancy” in the description, according to the Coalition to Advance Maternal Therapeutics, a group of more than two dozen health care organizations led by the Society for Maternal-Fetal Medicine to advocate for research in pregnancy.

This means that most pregnant people are taking medications with little knowledge of the safety, effectiveness, or proper dosing apart from their health care provider’s personal experience.

“During pregnancy, the woman’s body undergoes a variety of changes,” says Sara Quinney, PharmD, PhD, an associate professor of obstetrics and gynecology at Indiana University School of Medicine in Indianapolis. “Changes in blood volume, body weight and composition, the developing fetus, and in metabolizing enzyme activity can impact drug exposure.”

Quinney, who is an expert in pharmacokinetics — the science of how a drug is distributed, metabolized, and cleared through the body — explains that pregnancy can cause changes to the activity of the enzymes that are responsible for processing certain chemicals, including medications. Some enzymes speed up, others slow down. This means that — depending on the type of drug being administered — the dosing could need to be either decreased or increased to be safe and effective, compared to dosing for non-pregnant people. These factors can also change throughout the pregnancy as the body is constantly progressing through gestation. Other factors, such as whether the drug crosses the placenta and has an impact on the fetus, must also be measured.

“You’re impacting two people, not just the mother but also the baby,” Quinney says. But these factors are rarely studied when developing drug dosing recommendations. “There’s not the information that we really want to have on medications in pregnancy pharmacokinetics.”

She is hoping to change that.

With funding from the National Institutes of Health, Quinney is helping to launch the Maternal and Pediatric Precision in Therapeutics (MPRINT) Hub, a partnership among Indiana University, Ohio State University in Columbus, Vanderbilt University in Nashville, Tennessee, and the University of California San Diego, to create a national resource for understanding therapeutics in pregnant and lactating people. The collaborative effort is also tasked with educating researchers on how to design clinical trials that include pregnant people.

“One goal of MPRINT is to identify where the gaps are; what’s known and what’s not known,” Quinney says. “To determine what needs to be studied still and how to better use data we already have to inform dosing.”

The MPRINT Hub will also focus on pharmacometrics modeling, a mathematical approach to pinpoint how drugs will interact with a person based on physiological factors, such as age and weight, that can be used to individualize precise dosing.

“I hope that we’re able to develop approaches to improve the use of individualized, personalized medicine in this population,” Quinney says. “I hope, from an education standpoint, we’re able to support other researchers in learning about what it takes to do maternal and pediatric research.”

In addition to a lack of data on how to treat common conditions in pregnancy, people with pregnancy-related complications and their providers often have little research to guide treatment options.

Some pregnancy-related conditions are so under-researched that they qualify under the Orphan Drug Act, which incentivizes pharmaceutical companies to put resources into researching treatments for rare diseases that may not be considered profitable.

“Our hands are tied in developing new therapeutics when we’re looking at interventions [for example] to mitigate preterm birth,” says Cynthia Gyamfi-Bannerman, MD, a perinatologist and chair and professor of the Department of Obstetrics, Gynecology, and Reproductive Sciences at the University of California San Diego School of Medicine. “With the nine-month window for pregnancy, fear of untoward outcomes [and] other potential issues, there’s not a lot of incentive” for industry to fund research.

For example, preeclampsia, a life-threatening pregnancy complication that occurs in 3%-8% of pregnant patients, has no approved treatment.

“We stabilize the patient and monitor development of severe disease that would push us to deliver early,” says Maged Costantine, MD, a maternal-fetal medicine physician and professor of obstetrics and gynecology at Ohio State University College of Medicine.

He has spent more than a decade studying the use of pravastatin, a drug usually used to treat cholesterol, to prevent preeclampsia. Costantine and his team started by studying the drug in pregnant mice and found that it was safe and had long-term benefits to the offspring.

Then, he used a low dose of the drug in a pilot trial with people who had experienced preeclampsia with previous pregnancies.

“It wasn’t hard to convince patients to participate in this study,” Costantine says. “Moms went through this disease before; they know how sick they can get; they knew how sick their kids get.”

The results were promising and he repeated the trial with a slightly higher dose, which showed similar findings.

But progress has stalled there for Costantine’s team. When they applied to start a large clinical trial, the FDA required additional testing in animals that is prohibitively expensive for them, despite previous animal studies and reassuring data on the children involved in the pilot trials several years ago, Costantine says.

“We follow very important ethical regulations,” says Yao, speaking generally about clinical trials involving pregnant people. “If it’s a drug intended for use in a pregnant population, we have to have evidence to establish the risks and benefits before going to trial. That, in general, requires established development reproductive toxicity studies completed in animals.”

Changing the culture of research

In 2014, the FDA set out to update labeling on prescriptions to help providers accurately assess the risks and benefits of drugs in pregnant people, but this proved challenging, Yao explains.

“We started to review those labels and we realized we didn’t have good information to place in the risk summary section,” she says. “It was a data desert.”

Legislation passed in 2016, intended to advance medical innovation and access, created the Task Force on Research Specific to Pregnant Women and Lactating Women (PRGLAC), which released a list of 15 recommendations to the secretary of the Department of Health and Human Services in 2018.

In addition to funding the MPRINT Hub, the Eunice Kennedy Shriver National Institute of Child Health and Human Development (NICHD) has open grants to fund proposals that address the PRGLAC recommendations. The institute has also mobilized the Maternal-Fetal Medicines Network (MFMU), which coordinates research among 12 clinical centers, to conduct large-scale clinical trials for COVID-19 therapeutics in pregnancy as well as treatments for hemorrhaging after Cesarean-section deliveries and for gestational diabetes mellitus.

“We’ve made a lot of progress, but there is still work to be done,” says Diana W. Bianchi, MD, director of the NICHD. “Although revisions to federal regulations for the protection of people who participate in research removed the status of pregnant individuals as an example of a ‘vulnerable population,’ real and perceived ethical concerns, and the potential for liability, remain barriers to research on therapeutics during pregnancy and lactation.”

Spong and Gyamfi-Bannerman believe that federal regulators and funders could go a step further than removing pregnancy as a qualifier for ‘vulnerable population’ and should also require those designing clinical trials to justify why they are excluding pregnant people.

“The onus is on the researchers, and they don’t even consider it,” says Gyamfi-Bannerman. “It’s an automatic exclusion. There’s not even a thought to include pregnant people.”

For example, pregnant people were initially excluded from clinical trials for the COVID-19 vaccines and therapeutics, a decision that left many health care providers and even international health organizations reluctant to recommend vaccination during pregnancy until there was substantial data suggesting the vaccines’ safety. Later, it become clear that pregnant people and their babies were more likely to suffer severe complications from the disease, but the damage had been done: Pregnant people were reluctant to receive the vaccines.

“That puts a lot of burden on clinicians and researchers and puts pregnant patients at a disadvantage,” Costantine says.

Leaders of the effort to increase research in pregnant populations are hoping that raising awareness in the research community that clinical trials including pregnant people can be both safe and helpful will ultimately give health care providers knowledge they can use to treat pregnant patients more effectively.

“There’s really a belief that doing research on them could harm them, so it’s better not to conduct research if there’s any chance of harm. But this leads to the absence of data to evaluate efficacy, dosing, and safety,” Yao says. “We’ve turned that on its head; we protect pregnant patients through research, not from research.”