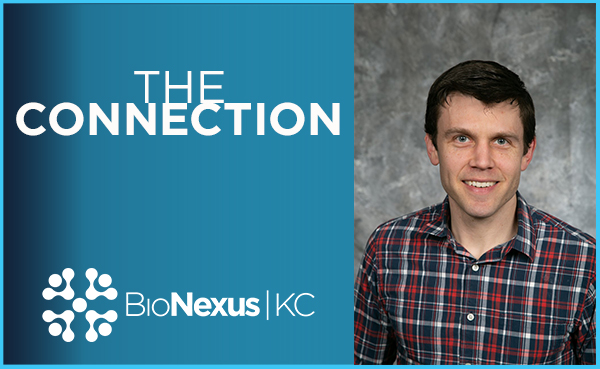 Engineers start a project by identifying the challenge and then devising a plan to create a potential solution. For Joe Bindel, Senior Engineer at MRIGlobal, the novelty of every project keeps the job interesting and demands creativity to complete. This creativity also serves him in his volunteer position as Lead Mentor of the Paseo Robotics Team and in leading their annual participation in the FIRST Robotics Competition. With both roles, Bindel leads his team from whiteboard to final product to achieve the objective.

Bindel began at MRIGlobal in 2008 after completing his graduate degree at UCLA. His team designs and builds specialized test equipment and devices primarily for government clients. “No two projects are very similar,” Bindel said. “I like that there is a certain amount of hands-on work, lab work, and field work. It changes things up and isn’t monotonous.” After starting with MRIGlobal, he quickly found the volunteer opportunity with the robotics team from the Paseo Academy of Performing Arts. The program engages colleges and industry mentors to work with high school students to design and build robots that can achieve a specific challenge. Each year, the team receives the task in January and has two months to prepare before competing in the FIRST Robotics Competition. The challenges can be picking up game pieces, balls, or cubes and putting them into goals, climbing on bars or poles climbing over obstacles, or a variety of different tasks that make the competition unique. MRIGlobal has been a lead sponsor of the team since its inception in 2006.

The robotics team provides an opportunity to expose students to engineering and how to apply mechanical and electrical engineering and computer programming to solve a problem. “What we do in robotics and what I do in my day job are analogous and there are many of the same tools, skill sets and applied concepts that the students learn,” Bindel said. Every year, this influence inspires several students from Paseo Academy to go into the engineering field. That inspiration and watching former students return to mentor new students are Bindel’s two favorite things about being involved in this program.

Bindel always excelled in math and was fascinated by science, so engineering made sense and he never went any other direction. He grew up in Springfield, MO and earned his undergraduate degree at the University of Missouri in Columbia before going to UCLA for his graduate degree. He and his wife have a two-year-old son that keeps them busy and entertained.

With the support of MRIGlobal, Bindel can give these students an opportunity to learn about engineering while providing an enrichment program that they otherwise wouldn’t be able to see. “When you see them roped in and engaged in the program, you know that they are taking full advantage of what we have to offer,” Bindel said.