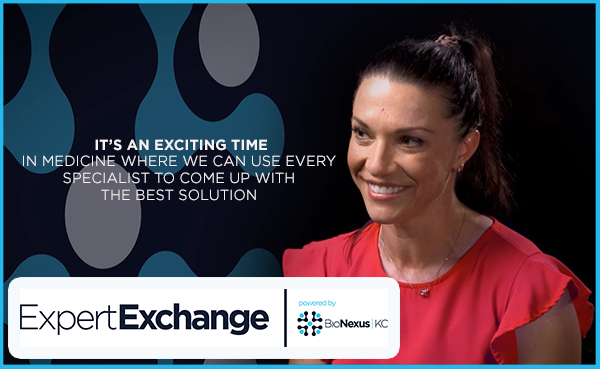 Becoming pregnant and giving birth can be one of the happiest moments in a new mother’s life, but for some, there are potentially fatal outcomes. For Karen Florio, DO, MPH, FACOG, Maternal-Fetal Medicine Specialist at Saint Luke’s Health System, high-risk pregnancy was first her work and then an ironic twist when her career and personal life collided and she became a patient. This experience gave her a depth of understanding and commiseration that allows her to connect with her patients on a deeper level.

As a high-risk specialist, Florio works with expecting women who have conditions such as heart disease, COVID-19, cancer, and anything that is deemed high-risk. Florio is currently working with cardiologists at Saint Luke’s Mid America Heart Institute to identify the underlying causes of death for pregnant women with cardiovascular disease.

This journey of heart disease and pregnancy led Florio down the road of public policy and public health. Florio is a member of the Pregnancy-Associated Mortality Review Board at the Missouri Department of Health and Senior Services. One of their first missions was to create and sustain an accurate reporting system. “People wonder why there is such a substantial change in the statistics, but if you go back to 2006, this data wasn’t being reported,” Florio said. “In 2016, it became state mandated for the death certificate to indicate if there had been a recent pregnancy or if a woman was pregnant at her time of death.”

In 2018, the state of Missouri was the beneficiary of a healthcare bill that provided significant funding to intervene and form the Pregnant Associated Mortality Review Board. Their objective is to review data from women who died during pregnancy or within 365 days after giving birth. “This is important because Missouri ranked 46th in the US for highest rates of maternal deaths,” Florio said. Data released in 2021 by this same group showed that cardiovascular disease was the primary cause of maternal mortality. The numbers also showed that in Missouri, 83% of these deaths were preventable. “What we’re working on at the state level is education for providers on how to care for these women and also to empower patients on what symptoms and signs to look for,” Florio said.

Florio’s husband, a practicing OB/GYN in the Kansas City region, refers high-risk mothers to her office and gives her a daily sounding board. “We met in medical school and both of us were going to do sports medicine. We started dating in our third year, only to find that both of us independently changed course to be OB’s. That is kind of funny, right?” Florio said. Their careers moved in different directions when Florio became fascinated by the academic and preventative side of maternal mortality. “Teaching in this field goes beyond the residents and medical students. It goes to empowering the patient to take control of their healthcare,” Florio said.

Florio’s patient experience happened well into her career, when she discovered during her pregnancy, she was a high-risk patient. “I had preeclampsia, which is an overly high blood pressure disorder and I started getting sick at 28 weeks and then delivered my kid at 31 weeks,” Florio said. She was a textbook case, she had high blood pressure, her baby was too small, and she suffered from brain swelling. “My experience provides a different level of compassion for my patients. When they are upset because they will be admitted for a long time, I can understand because I was hospitalized 5 times,” Florio said.

The focus on maternal mortality carries with it a tremendous opportunity, the main one focusing on preventability. With a combination of improved data acquisition, tools and training for medical professionals, and implementing a preventative approach with pregnant woman, Florio believes Missouri can shift the statistics for maternal mortality rates. For Florio, progress is personal. Her patients and pregnant women across the state will benefit from her unwavering commitment for better outcomes.