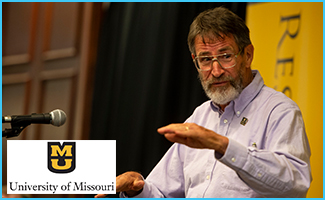 Dr. George P. Smith was already awake and walking to the kitchen for a cup of coffee when the phone rang. It was 4:30 a.m., too early for a casual conversation.

On the other end of the crackling line was a call from Stockholm telling him he was among a trio of researchers that The Royal Swedish Academy of Sciences had awarded the 2018 Nobel Prize in chemistry.

For a moment, Smith thought the call was a prank, a common spoof among scientist friends. But the line was too scratchy to be anything but real.

“I kind of knew it wasn’t any of my friends because the connection was so terrible,” Smith recalled with humor. “I mean, Sweden is a really advanced country, but I think they need some work on their phones.” 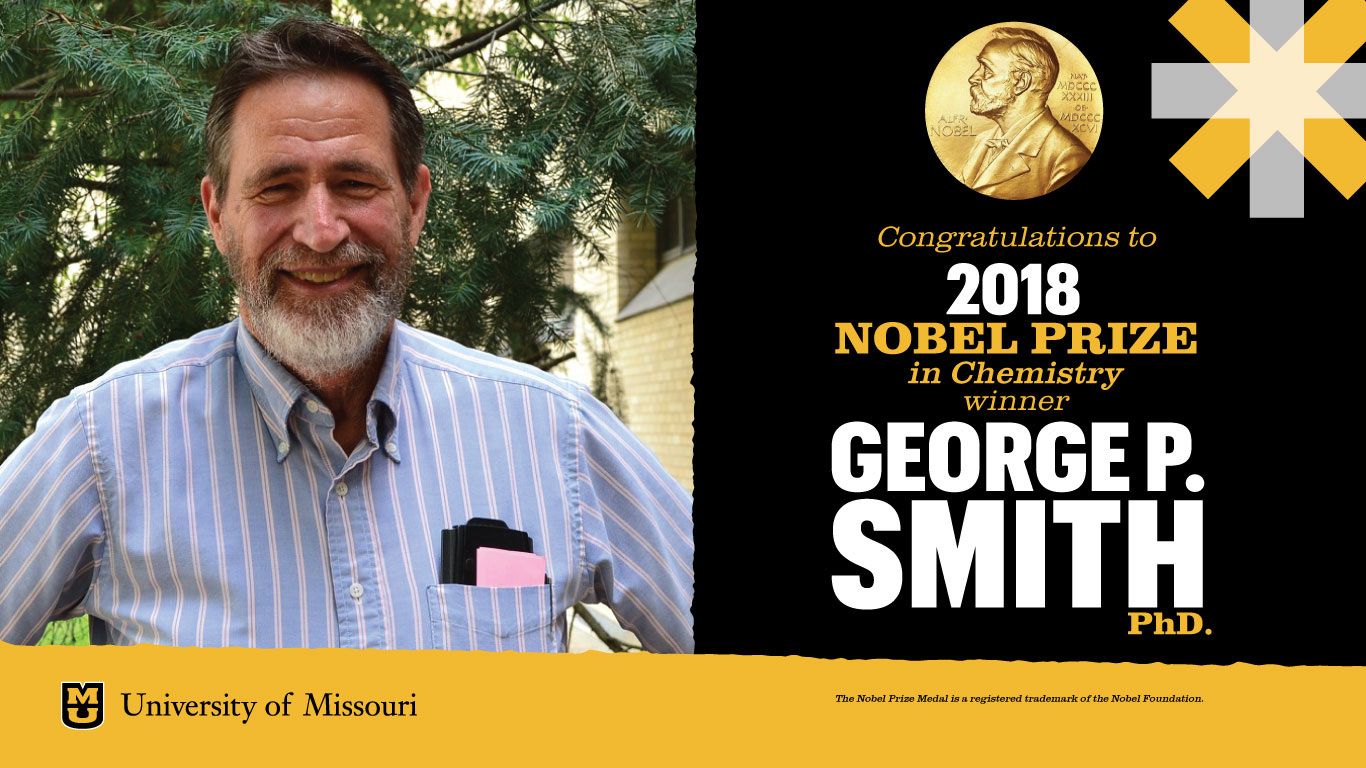 Smith joins Frances H. Arnold, a professor of chemical engineering at the California Institute of Technology, and Gregory P. Winter, a biochemist at the M.R.C. Laboratory of Molecular Biology in England, as the three 2018 winners.

“I am very conscious that I am far from alone in this recognition,” Smith said. “I am representing a whole array of people who created what was necessary for me to make this final little step — people who have shown the way for many imaginative applications.”

Smith joined the faculty of the MU College of Arts and Science in the Division of Biological Sciences in 1975. The University of Missouri Board of Curators appointed him a Curators Distinguished Professor in 2000, and he became a professor emeritus in 2015. Smith has focused much of his research on the generation of genetic diversity. He has authored and coauthored more than 50 articles in top scientific journals, and he was selected by the American Society of Microbiology for its 2007 Promega Biotechnology Research Award. He retired in 2015.

Smith was born in Norwalk, Connecticut, in 1941. As a boy, Smith was fascinated with the natural world, especially reptiles. His favorites were alligators and crocodiles. His parents were exasperated during trips to the zoo where their son spent hours studying animals that didn’t move.

“They were bored out of their skin,” he said in an interview with MU’s NPR station, KBIA.

His interest continued through adolescence and into adulthood. Before going to college in 1959, he was an exchange student in England where he learned to play cricket and rugby, but “not very well,” he said. As an undergraduate at Haverford College in the early ‘60s, Smith witnessed the working out of the genetic code, and his senior project focused on molecular immunology. He received his bachelor of arts degree in biology from Haverford in 1963, and after a year as a h igh school teacher and laboratory technician, went on to earn a Ph.D. in bacteriology and immunology from Harvard University in 1970. After a postdoctoral fellowship with Oliver Smithies at the University of Wisconsin, he joined the faculty at MU in the mid’70s.

Eventually, Smith developed phage display, which became the center of his work.

Building a legacy in the classroom and beyond 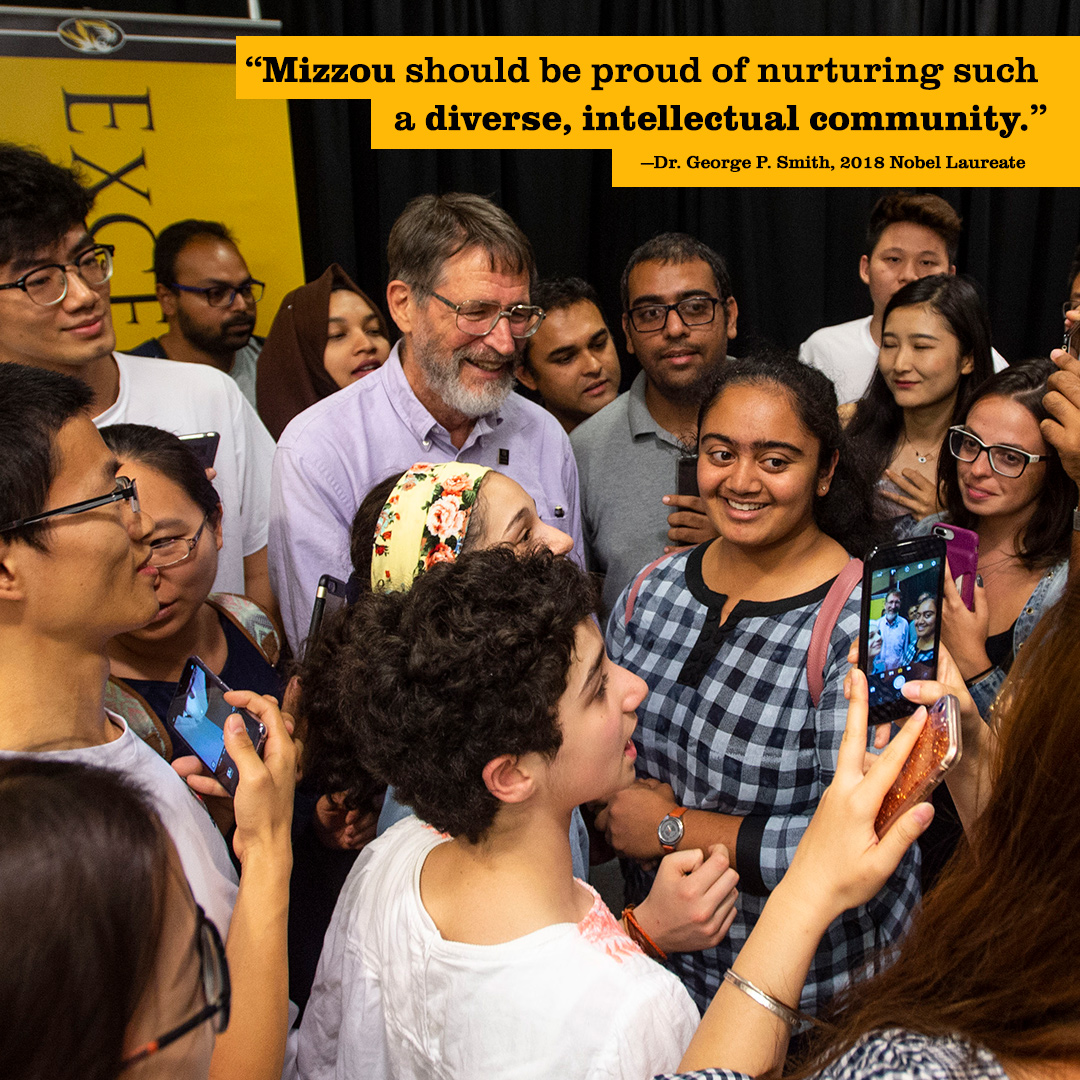 “Being at Mizzou, I had a tremendous amount of freedom to explore what I think is interesting,” Smith said. “Not all universities give you the freedom to do that, and I think science really depends on that.”