‘Flying Blind’: Doctors Race to Understand What COVID-19 Means for People With HIV 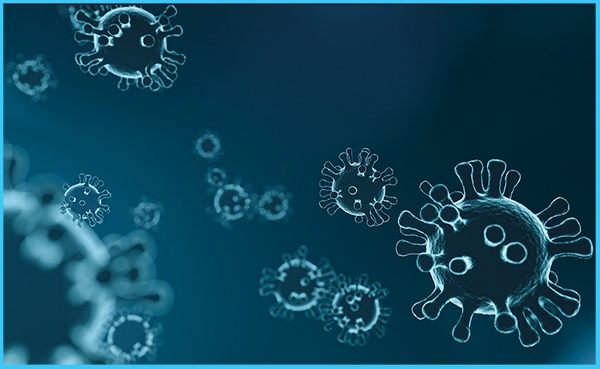 Larry Pike has already survived one pandemic. The 76-year-old Seattle retiree has been living with HIV for 22 years. When Covid-19 hit Seattle, he grew worried. “Just like HIV,” he said, “there’s that ‘Who’s next?’ sort of thing.”

Sure enough, on March 4, the day Amazon asked area workers to stay home, Starbucks announced it would hold a “virtual only” annual shareholders meeting, and Boeing asked its employees not to fly, Pike woke up with a sore throat and a cough. He was alarmed but then felt better in a day and a half. “I thought, OK, I missed that,” he recalled.

Still, he had a lot of questions. He knew he was at risk of complications from the new virus because of his age, but was unsure if he was also at risk because of his HIV, which can weaken the body’s ability to fight off infections. Like many others living with HIV, he takes antiviral drugs that keep the virus in check and restore the levels of key disease-fighting immune cells.

“When they said, this affects people with compromised immune systems, I thought, what does that mean to us?” said Pike, who is active in numerous AIDS survivor groups.

Doctors who treat people with HIV are asking similar questions, and have launched a study with an existing national network of AIDS research centers to try to get answers quickly.

“When patients ask what is happening with people with HIV and Covid, I’ve had to be honest and say I just don’t know,” said Adrienne Shapiro, an infectious diseases specialist at the University of Washington who treats HIV patients at a clinic in Snohomish County, the site of the nation’s first confirmed case of Covid-19. “We as clinicians have been flying blind in this pandemic.”

Edward “Lalo” Cachay, a professor of medicine at the University of California, San Diego, has been worried as well. Four of his patients who have HIV have become so sick from Covid-19, they’ve required hospitalization. In his clinic, he faces the same streams of questions as Shapiro. “Patients are asking me, do I need to take off work? If I get it, will I have a more severe form? If my viral load is undetectable, am I good?,” said Cachay. “We just don’t know.”

Both physicians conduct HIV research with CNICS, an NIH-funded network based at the University of Alabama at Birmingham that integrates the medical records of more than 35,000 people whose medical care is closely monitored at eight Centers for AIDS Research around the nation. The network, which has been in place for 15 years, is largely used for studies involving HIV disease management, such as whether certain HIV drugs increase the risk of heart attacks.

Because the network is well-established, with patients enrolled, new studies can be up and running in weeks rather than months or years. “When there is a scientific question, or something comes up in the world — like Covid — we have people and all of their data that we can access quickly,” Shapiro said.

Cachay and Shapiro are leading a team examining the records of people living with HIV who have also had Covid-19. They plan to add coronavirus antibody testing to upcoming patient appointments so they can include in their study people who had asymptomatic or mild cases of the disease without knowing they were sick.

The team, which includes researchers at the Fred Hutchinson Cancer Research Center, UCSD, and UW, are hoping to answer several questions: Are people living with HIV at higher risk of complications if they contract Covid-19? What factors might predict which patients are most at risk? Are people with HIV who contract Covid-19 more likely to be symptomatic? And are people with HIV more likely to die if they do contract the new coronavirus?