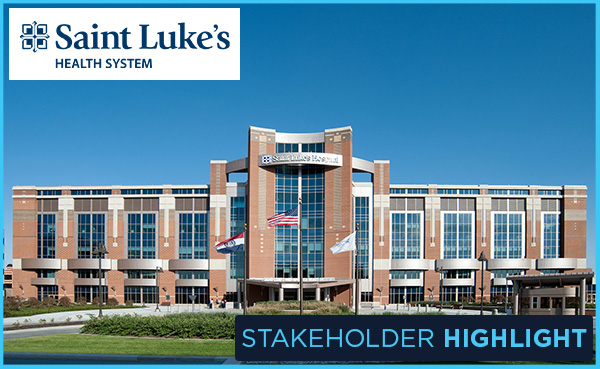 For many years, the approach to managing patients with diabetes and heart failure was siloed and fragmented; with heart specialists focusing on heart failure, and endocrinologists or primary care doctors focusing on diabetes. The medications used to treat these conditions were also focused either just on the heart, or on the keeping blood glucose under control. There were no anti-diabetic medications that would also help reduce the burden of heart failure symptoms or lower the risk of heart failure hospitalizations or death. 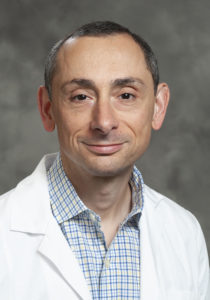 “At the time we didn’t have any medications for lowering blood glucose in people with diabetes that had any favorable effects on heart failure, either in terms of preventing heart failure or treating heart failure,” said Dr. Mikhail Kosiborod, a Saint Luke’s cardiologist.

Then, several years ago, a novel class of medications was introduced for Type 2 diabetes management, called sodium glucose cotransporter 2 (SGLT2) inhibitors. Because of their unique mechanism of action, the cardiologists at Saint Luke’s felt that there was a possibility that these agents could also help improve heart failure symptoms. As the result, in early 2014 a novel idea was conceived at Saint Luke’s and came to fruition as the DEFINE-HF (Dapagliflozin EFfect on symptoms and bIomarkers iN patiEnts with Heart Failure) trial.

“Wouldn’t that be a neat concept to essentially treat both serious health issues with the same class of drugs,” said Dr. Kosiborod, who is the principal investigator of DEFINE-HF. “To not just lower blood glucose; but actually make heart failure better.”

DEFINE-HF was the first multi-center randomized placebo-controlled clinical trial that Saint Luke’s developed, coordinated, and implemented in its entirety. It was funded as an investigator initiated study by AstraZeneca, the manufacturer of dapagliflozin (compound evaluated in this trial); and became the first significant effort to look at what effect dapagliflozin, a drug initially created for the treatment of diabetes, was going to have in patients who also have heart failure.

DEFINE-HF was a major effort, with patients being recruited in 26 sites across the United States. Saint Luke’s served as the national coordinating center for the trail and was the highest enrolling site in the trial with approximately 25% of the patients recruited at Saint Luke’s.

Over time, as the DEFINE-HF Trial was progressing, the idea that SGLT2 inhibitors may be helpful as treatments for heart failure (and not just Type 2 diabetes), gained traction, with a number of additional, much larger trials being started by the manufacturers of these compounds, which enrolled thousands of patients globally. This included the DAPA-HF trial, sponsored by AstraZeneca, which enrolled nearly 4800 patients across 20 countries, and in which Dr. Kosiborod also served on the executive committee.

“The DEFINE-HF Trial focused on biomarkers, as well as patient symptom burden, and physical limitations – which are important in heart failure,” said Kosiborod. “However, you also want to understand how these medications are going to impact survival and hospitalizations for heart failure. That is why the DAPA-HF Trial was so important.”

DEFINE-HF was completed in mid-2019 and presented as the late breaking clinical trial at the Heart Failure Society of America Congress in September. The trial showed that dapagliflozin significantly improved symptom burden, physical limitations and quality of life in patients with heart failure and reduced ejection fraction, regardless of whether they had Type 2 diabetes, and after just 12 weeks of treatment.  At about the same time, the global DAPA-HF Trial was also completed, and reported its results, demonstrating that dapagliflozin reduced the risk of death or hospitalizations for heart failure, in patients with heart failure – again, regardless of whether they had Type 2 diabetes.

“These findings open a new avenue with an entirely new class of drugs for treating heart failure, which very few people could have predicted when these drugs were first being developed,” said Dr. Kosiborod. “It’s a remarkable story that went from just an idea to a dramatic new development for the field just five and a half years later, that will impact how patients with heart failure are treated and will improve the lives of many around the world.”

“The fact that we at Saint Luke’s were able to contribute to the field in such a meaningful way is incredibly rewarding,” said Dr. Kosiborod. “It’s a big deal, to know that because of our research, we helped completely change the way heart failure is managed worldwide, potentially benefiting millions of people.”