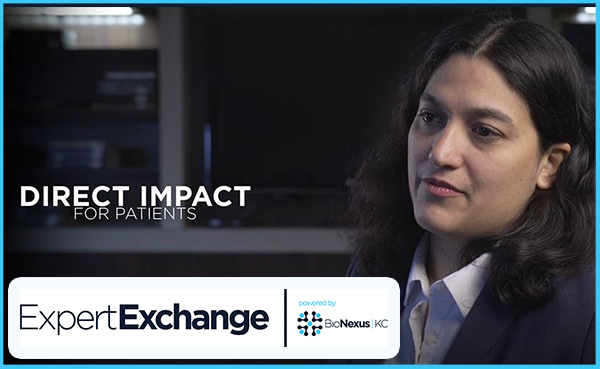 There is often a time separation between medical research and the improvement in patient outcomes. For Dr. Nasim Ahmadiyeh, Medical Director of the Comprehensive Breast Care Program at Truman Medical Centers and Assistant Professor of Surgery at the University of Missouri Kansas City School of Medicine, there is a rare opportunity to use research and data analysis to improve breast cancer outcomes faster. The challenge is to inspire action within the community to utilize mammography to identify breast cancer at an earlier stage.

Ahmadiyeh has been at Truman Medical Centers since 2018. When she began, she reviewed the stage of diagnosis data at the hospital and in Jackson County. She found that the average number of patients diagnosed with early stage breast cancer was half of the national average, but almost three times the average at later stages. If a woman is diagnosed at stage 0 or 1, her 5-year survival rate is almost 100%. At stage 3, that rate declines to 72%, and at stage 4 the survival rate shrinks to 20%. “With this observation, we decided that the goal of our cancer program would be to improve the breast health of all women in Kansas City regardless of circumstance and also to decrease the mortality rate of breast cancer in Jackson County,” Ahmadiyeh said.

Ahmadiyeh and her team reviewed patients treated over the last five years along with different socio-demographic and biologic variables. The most striking result was that the number of patients that had a screening mammogram in the two years prior to diagnosis was 42%. “That’s about the rate of mammography in developing countries, where they may not even have that implemented as a national program,” Ahmadiyeh said. The average across the state of Missouri is 72%.

The controversy of mammography in screening for breast cancer has likely had a negative effect on the Truman Medical Centers patient base. “I want to caution us in this country to not swing the pendulum completely away from mammography because we have vulnerability right here in Kansas City and I’m sure our population is also representative of other pockets in the US where women will benefit greatly from being up to standards on mammographic screening as an essential basic step,” Ahmadiyeh said.

Ahmadiyeh and her husband moved to the Historic Northeast neighborhood of Kansas City prior to her starting at Truman Medical Centers. “Because UMKC School of Medicine is the academic arm of Truman, I had the opportunity to pursue high level basic science research and I love to generate new knowledge,” Ahmadiyeh said. “But I think one of the equally important aspects of generating knowledge is to make sure it’s applied equally to all people and it was clear that there was a group of people getting their care at Truman for whom that wasn’t yet true.” By living in a neighborhood not far from Truman she developed a strong desire to serve the people in her community.

Ahmadiyeh grew up in Belize and was interested in science before she even really knew what it was. In addition to being exposed to the tropical nature, wildlife, and beautiful flowers of her home country, one memory stands out from her childhood. Her family had a small aquarium with goldfish and when one was found floating, instead of wallowing in the loss, her father encouraged her to embrace the learning opportunity and the pair did a postmortem that revealed the goldfish was carrying eggs. This opened a sense of wonder of the value of knowledge for her. “All of us can be scientists and I think that needs to be encouraged. Ask questions, make observations and then find a way to generate information so that we can make progress faster,” Ahmadiyeh said.

When considering the Truman Medical Centers breast cancer treatment data, Ahmadiyeh saw two divergent choices, either continue down the previous path or start asking difficult questions and aim to make changes. While some research hopes to see an outcome advance within a lifetime, Ahmadiyeh expects to see a distinct transformation within five years. “I can definitely see the direct impact for the patients that we are serving,” Ahmadiyeh said. “The way I see it is more children have their moms back, more husbands have their wives. The opportunity is right here, and I don’t think it’s going to be too difficult, but it does take having the courage to look at the facts without judgment.” For Dr. Ahmadiyeh, the impact of research on the result is quantified by more complete families playing at the park in her neighborhood.