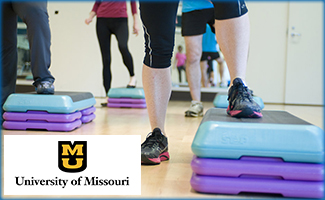 More than 450 million U.S. women are postmenopausal, and many of them experience unwanted effects. Although many changes are associated with menopause, scientists haven’t fully explored the mechanisms behind some of these physiological alterations. MU researchers are working to understand and overcome the metabolic changes and weight gain experienced with the end of child bearing years.

One cause for weight gain – decreased levels of physical activity – has been well documented among this population. However, for many years scientists were unable to identify a reason for the shift. Now, MU researchers have discovered a biological cause. Nutrition and exercise physiology scientists Vicki Vieira-Potter, Jaume Padilla and Jill Kanaley led a team of interdisciplinary researchers from across the MU campus in examining activity levels of rats who voluntarily ran on a wheel before and after menopause. They discovered that active postmenopausal rats showed reduced levels of the feel-good neurotransmitter dopamine in the brain’s pleasure center. Physiologically, activity was less rewarding for the rats than it had previously been. The scientists theorize that similar changes take place in the postmenopausal human brain.

The good news is that – while it may be harder for postmenopausal women to find motivation – minimal exercise may be sufficient to maintain weight and metabolic health. The research team monitored activity levels among two groups of rats: one bred to be sedentary and one bred to be highly active. Although the sedentary rats only used an exercise wheel 20 percent as often as the active rats, they still maintained their metabolic function and insulin levels. “These findings suggest that any physical activity, even just a small amount, can do wonders in terms of maintaining metabolic function,” Vieira-Potter said.

The team’s research indicates that activation of receptors in the brain’s reward center may serve as a future treatment to improve motivation for physical activity in postmenopausal women. In the meantime, women can take a proactive approach and may only need to increase their physical activity modestly to see significant benefits from exercise.

Vieira-Potter and her colleagues are continuing to research how postmenopausal women can maintain a better level of health.