KCU Students Uncovering Cause of Heart Defects in Infants 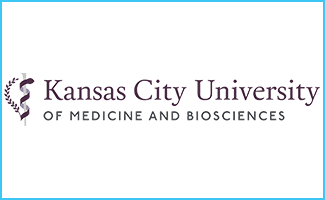 The professionals that deserve parades often are not the ones that get them. The work of researchers is far behind the curtain, but the understanding of a specific disease is crucial to developing a treatment, or the ultimate goal, a cure.

For genetic researchers, a big accomplishment is to present at the Annual Meeting of the American Society of Human Genetics. Students Allison Ogren, Chloe Nagasawa, and Professor Douglas Bittel represented Kansas City University (KCU) during the week-long 2018 conference held in San Diego, CA. Ogren and Nagasawa were selected to make research presentations of their work on infant congenital heart defects, the most common type of birth defects. More than 9,000 people representing all aspects of genetics research assembled to present, discuss, and peer review work that is on the cutting edge of genetics. The content ranged from work years in the making, to current bioethics topics like the potentially genetically engineered twins in China.

The students’ research project began with Dr. Bittel’s arrival at KCU last January, when both Ogren and Nagasawa joined the team and were immediately asked to write a review manuscript of the project. “About 8 years ago, I was leading a genetics team at Children’s Mercy and Dr. Jim O’Brien and some of the cardiac surgeons were interested in trying to do a project that would help us understand the underlying genetic basis for congenital heart defects,” Dr. Bittel said. The results have generated multiple peer reviewed publications and led to the student’s research project presented in San Diego.

By analyzing the heart tissue of babies discarded during surgical repair of very severe heart defects, the research identified genetic variations that interfered with proper heart development during gestation.

Dr. Bittel finds fulfillment in the magic of research, being able to figure something out that no one else knows or understands. In retrospect, for both Nagasawa and Ogren, it’s interesting how they arrived from two very different places but are now on similar paths. Both grew up far from Kansas City, Ogren in Mahtomedi, MN and Nagasawa in Honolulu, HI, and had an original goal of going to medical school. Their course changed to KCU and now both are applying to PhD programs to continue their research. “They both have interviews at good graduate programs which is a very positive step and a good reason for them to be proud of what they have accomplished,” Dr. Bittel said.

On her path to med school, Nagasawa took a Biology course and got a C, which was the worst grade she ever earned. This motivated her to further engage in science, to prove to herself that she could do better. “The more science classes I took, the more I liked it,” she said. “I didn’t care for genetics before I met Dr. Bittel. Now, I want to go into a genetics PhD program.”

Ogren was always curious about science, her interest stemmed from her science explorations with her brothers and sister. “Here I am, doing science all the time because it’s fun,” she says.

For these students, their work is making discoveries and understanding congenital heart defects in infants. They know that they probably won’t get a parade, but the reward for solving this kind of puzzle is seeing its impact in the clinic and for the families of these babies.