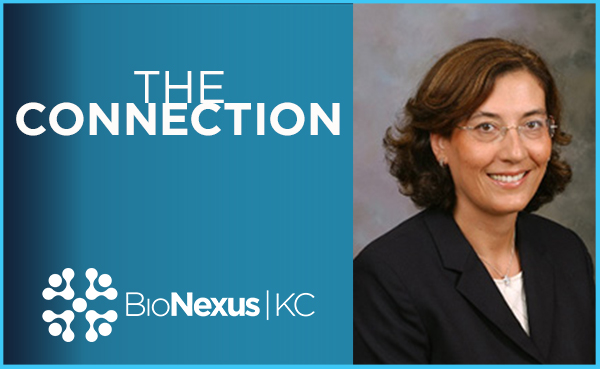 Approaching a contagious disease outbreak is reactionary by nature. By design, the scientific method requires evidence, an attempt to solve and further analyzing of the results before a conclusion can be attained. With an outbreak, the human cost is impacted at every step of this process. Dr. Caterina Scoglio, Professor of Electrical and Computer Engineering at Kansas State University, applied her study of Network Science to create a model simulation capable of predicting the spread of Ebola. This approach could transform how countries handle the transmission of future outbreaks.

With this analysis it is possible to predict disease transmission risk using Scoglio’s new model which considers multiple factors such as movement data, constant contacts, and temporal contacts.

Scoglio partnered with Ugandan officials in 2018 and published “Risk assessment of Ebola virus disease spreading in Uganda using a multilayer temporal network” that described her method using a projection of how the disease may be transmitted if introduced by a border within the Democratic Republic of Congo. When in 2019 the disease was introduced and followed the same Point of Entry as simulated in Scoglio’s paper, her work allowed for an efficient use of limited vaccines and resources in the country to control the outbreak and mitigate risk.

This model may usher in a new approach to infectious disease management. “It is very exciting when these mathematical tools, that can be very abstract, produce a result that has a clear and practical application,” Scoglio said. “These diseases spread, and it isn’t as simple as a single individual deciding what he or she wants to do, they are part of the network and their decisions have an impact on all of the network.”

Scoglio was born in Italy and studied at the Sapienza – University of Rome before coming to the United States in 2000 to join a research group at Georgia Tech. She and her family decided that this would be a 5-year adventure, before returning home to Italy. Staying stateside was initially difficult for her two children. “My daughter was 4 and my son 7. I sent them to an American school in Rome, but it was difficult for them,” Scoglio said. After 5 years, she applied for other teaching opportunities and took an offer to work at Kansas State. “My kids are glad now, they have both graduated at K-State and are happy with the opportunities that they had here,” Scoglio said.

Scoglio has seized every opportunity to engage in challenges and new research topics and she loves to connect with students from different backgrounds. “All but one of my PhD students have been very smart men and women from other countries. Without them, this research would not be possible, and I am grateful for their contributions,” Scoglio said. “I think the best advice, especially for women in STEM is to follow their interests without being intimidated by the environment. There are great female role models in academia and there are opportunities out there.”

As the world has recently witnessed, reactionary handling of an outbreak can allow it to turn into an international pandemic, with a stark human and economic cost. Using Scoglio’s novel approach, there is a hope that applying network science to future outbreaks can allow for an anticipatory response with more favorable outcomes that could be measured in the number of lives saved. That kind of impact cannot be understated.