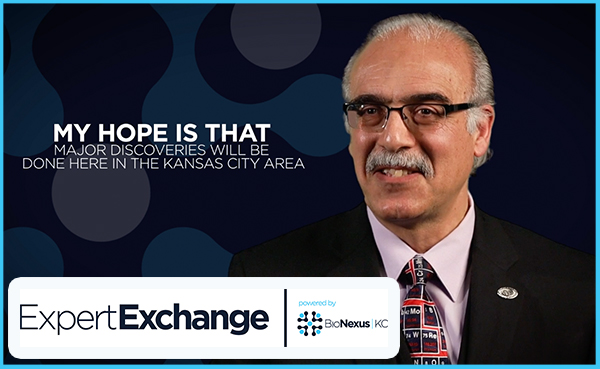 Sometimes researchers are confronted with daunting challenges when studying an incurable disease and subsequently turn their attention to something else that may yield results in a shorter time frame. Some researchers, however, are inspired by the challenge and sidestep the disease with an alternative perspective that results in improved patient outcomes and better treatment options. Such is the case for Dr. Abdulbaki Agbas, Professor of Biosciences at Kansas City University, who is working to develop a blood-based biomarker that diagnoses Alzheimer’s disease and amyotrophic lateral sclerosis (ALS) before their clinical manifestations.

Agbas’ research has focused on the protein TDP43 as a blood-based biomarker to create an affordable test, helping clinicians worldwide confirm their diagnosis of neurodegenerative disease. This protein causes cell death in nearby healthy cells and is believed to be a contributing factor to both Alzheimer’s Disease and ALS.

This research is still in early stage but may be crucial in identifying appropriate patient populations for clinical trials focused on developing treatment options for neurodegenerative patients. “For ALS, they are using the physical measurement and muscle activity and for Alzheimer’s Disease they do mostly monumental tests to recruit patients. Patients late in disease progression often aren’t eligible for clinical trials,” Agbas said. With this screening test, it would be dramatically easier to find more eligible patients early enough in the disease progression to benefit the study or see an improvement in their quality of life.

For Agbas, this research is exciting for several reasons. Studying this protein brings him back to the most basic scientific principles of identifying known and unknown variables. He also emphasizes the translatable focus of his work. “I am hoping that this project will be applicable to the bedside to help the physician in making early diagnoses before the clinical manifestations of the disease are revealed,” Agbas said.

He recognizes the cost of these diseases, both psychologically and financially. “If you can set back Alzheimer’s disease a couple of years, maybe 5 or 10 years, that’s really great. Even if we are not at a place to cure the disease, we are developing the tool that will more accurately identify the disease’s status,” Agbas said.

Agbas’ success may be attributable to his upbringing and his exceptional approach to science and research. He was born and raised in the eastern part of Turkey and was the first of his family to attend college. His mother encouraged his education but also gave him a natural curiosity at home. “I should give her great credit. She showed me two things early: how to make a two-color tea and how to observe the ants,” Agbas recalled. As a teacher, he believes that being a good example is as important as any lesson. He lives his science life like a newly minted PhD, hungry for research. He has an urge to be in the lab with his students and fuel their excitement and encourages them to interpret the data and explain it in their own way.  “I spend the majority of my weekend days in the lab, making sure things are working well and coming up with new ways of looking at things. This keeps me feeling young, curious and energetic. This is a way of life, not really a job, it’s my way of life,” Agbas said. His lifestyle has the potential to change outcomes for neurodegenerative disease patients and their families.

For Agbas, identifying and providing the tools is the goal. With early detection, active tracking of disease development, and the opportunity for early-stage research, there may be improved treatments and a prospect for a cure for both Alzheimer’s disease and ALS.