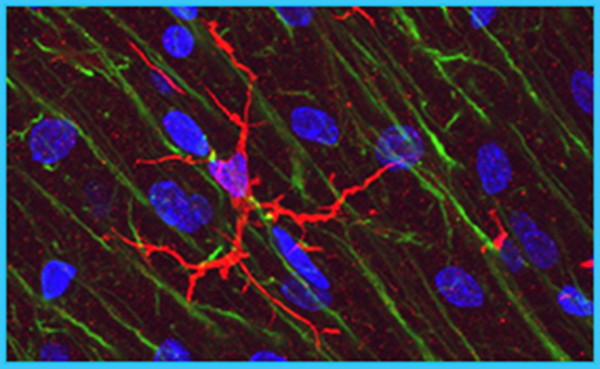 The University of Kansas Medical Center recently spoke with Mazen Dimachkie, M.D., professor of neurology, about the Kansas City Consortium on Musculoskeletal Diseases. A first-of-its-kind initiative in Kansas City, the consortium encourages collaborative research activity by providing pilot research grants of up to $50,000. The KCMD includes the KU Medical Center, Kansas City University, University of Missouri and the University of Missouri-Kansas City. In this Q & A, Dimachkie discusses his involvement with the KCMD, its early success and the importance of the consortium’s efforts to advance research and treatment for musculoskeletal/neuromuscular diseases. This interview has been lightly edited for clarity. 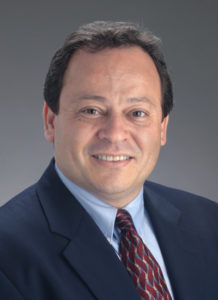 Q: In what ways have you been involved with the Kansas City Consortium on Musculoskeletal Diseases (KCMD)?

A: As a professor of neurology and the division chief for neuromuscular medicine at KU Medical Center, I was involved in small brainstorming gatherings before the KCMD’s inception. Since its creation in 2015, I have participated in the Kansas City Consortium on Musculoskeletal Diseases as part of being a grant reviewer and contributor to the annual meeting and other related meetings.

Q: The KCMD was launched in 2015 with the goal of bringing together teams of basic to clinical researchers to advance research into new treatments and cures while also providing educational opportunities for students in the health sciences. In what ways has KCMD made inroads in achieving that aim in its first five years?

Q: How many grants are awarded?

A: Each year three to five grants are typically awarded. We are hoping to continue with offering grants for FY2020, but a final decision has not been made yet. These are typically one-year grants.

Q: What, if any, has been the impact of COVID-19 on KCMD’s efforts to fuel neuromuscular/musculoskeletal disease research?

A: It has created more uncertainty and challenges to address this complex and fluid environment.

Q: Why are initiatives like KCMD so critical for musculoskeletal/neuromuscular diseases?

A: Collaboration between key KCMD stakeholder organizations on this initiative is critically important to advance research and discovery. This is through creating a basic structure for a regional musculoskeletal/neuromuscular research network. This will enhance KCMD’s ability to compete for larger programmatic grant support.

Q: What do you want people to know about KCMD and its importance and successes?

A: As the KCMD continues to grow, this will bring more research and scientists to the region and accelerate cures for patients.

By: University of Kansas Medical Center